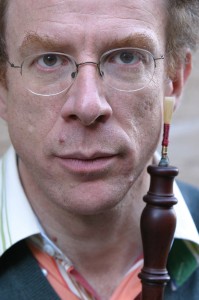 Born in Rome in 1961, Alfredo Bernardini moved to The Netherlands in 1981 to specialize in baroque oboe and early music with, among others, Bruce Haynes and Ku Ebbinge. In 1987 he received his soloist diploma from the Royal Conservatory of The Hague. He has performed all over Europe, in Russia, U.S.A., Japan, China, Korea, Malaysia, Egypt, Israel, South America and Australia as a member of prestigious baroque ensembles such as Hesperion XX, Le Concert des Nations, La Petite Bande, The Amsterdam Baroque Orchestra, Das Freiburger Barockorchester, The English Concert, Bach Collegium Japan, Balthasar Neumann Ensemble and others. He has participated in more than 100 recordings. In 1989 he founded the ensemble ZEFIRO together with the brothers Paolo and Alberto Grazzi. His recordings with Zefiro have won important prizes such as the Cannes Classical Award and the Diapason d’Or de l’Année 2009. As a director, he has worked with orchestras in Italy, France, Germany, Spain, Portugal, Belgium, Holland, Denmark, Norway, Poland, the UK, Sweden, Canada, Australia, Israel and with the European Union Baroque Orchestra. His research on the history of woodwind musical instruments has resulted in several articles published by important international magazines. Since 1992 he teaches baroque oboe at the Conservatory of Amsterdam and also taught from 2002 to 2009 at the Escola Superior de Musica de Cataluña in Barcelona.
academy | activities | instructors | awards | gallery | projects | sponsors | General Site Map
Back to content | Back to main menu