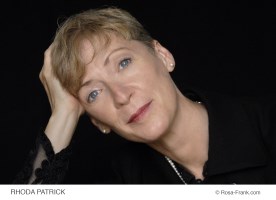 Rhoda Patrick began musical training at the Guildhall School of Music
in London where she successfully completed the Associateship and
Certificate of Higher Musical Studies.


In 1985 a contract at the Basel Theatre took Rhoda Patrick to
Switzerland where she performed on historical wind instruments.
During her time in Basel where she also augmented her studies in
historical wind instruments at the Schola Cantorum.
Since this time she has performed all over the world as a baroque
bassoonist with various ensembles i.e. Les Arts Florissants, Paris, The
Bach Ensemble, New York etc.


In 1993 she was invited to take up the first official baroque bassoon
teaching job in Germany at the Felix Mendelsohn Bartholdy
Hochschule for music in Leipzig where she taught for ten years.
Rhoda Patrick has also given master classes and tutored on specialist
courses in the following: Michaelstein Germany, Barbaste France, Linz
Austria, Brixen Italy and Hannover Germany.