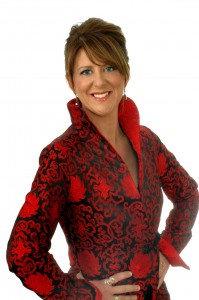 The Swedish soprano Susanne Rydén has for nearly 25 years belonged to Europe’s successful sopranos specialising in early music. Her love and understanding of the colourful Baroque repertoire regularly led her to work with internationally acclaimed ensembles and conductors around the world, including Monteverdi operas at the Drottningholm Court Theatre in Stockholm, Handel operas with Nicholas McGegan at the Handel Festival in Göttingen and in San Fransisco, Passions and Oratorios with the Nederlandse Bachvereiniging, the Bach Collegium Japan under Masaaki Suzuki or with Joshua Rifkin and the Bach Ensemble, but also classical music such as Mozart Concert Arias with the Australian Brandenburg Baroque Orchestra or Haydn lieder together with English pianist Mark Tatlow.

Chamber music has always been a main interest for Rydén, ranging from the early renaissance to contemporary music, where composers like Simon Ho, Jesper Nordin and Hans-Ola Ericson have written music for her. (both chamber music and opera). For many years Rydén was also a frequent guest in vocal ensembles such as Cantus Cölln or Collegium Vocale under the direction of Philippe Herreweghe.

She has taken the initiative to several successful projects and was, for example, designer and creator of the elaborately staged performance depicting the life of the Swedish queen Christina’s Journey, which toured Europe between 2004 and 2007. The production was awarded various prizes and Susanne Rydén honoured by the Swedish Early Music Society for her services to early music as well as a Royal medal for her achievements of bringing Swedish music and history alive.

Rydén has made numerous recordings for labels including Harmonia Mundi, BIS, Winter&Winter, several of them award winning, the latest one’s together with Dame Emma Kirkby with whom she has had a close collaboration for many years.

Today Rydén is in constant demand as a teacher at the Royal College of Music in Stockholm, as a coach at the Gothenburg Opera as well as at music festivals around the world. She is the vice president of the Swedish Royal Academy of Music and both CEO and artistic director of the Småland Culture Festival, an international festival for all arts founded by Rydén in 2012, which in short time has reached and attracted a great and enthusiastic audience.